In addition to my prior work at the New Smyrna Museum of History and current work for the County of Volusia I am also a published author. To date I have published five books through Arcadia Publishing.

I am currently in the early research phases for my sixth book with Arcadia and will be able to make a more public announcement soon. Look for it probably some time very late 2023 or early 2024.

At the outset of the Civil War, Florida’s entire population was only a bit larger than present-day Gainesville. Still, the state played an outsized role in the conflict. Floridians fought for the Union and Confederate armies. Sunshine State farmers provided beef and other foodstuffs for the Confederacy, rations that proved increasingly consequential as the years wore on. The battles of Olustee and Natural Bridge, where boys from the West Florida Seminary entered the fray, helped keep Tallahassee as the only Confederate-held capital east of the Mississippi River. Even the conspirators involved in Lincoln’s assassination wove a trail that led to Florida. Join author Robert Redd on a tour of the lesser-known aspects of Florida in the Civil War.

Here are links to reviews and articles.

To order a signed copy please use the shop page. 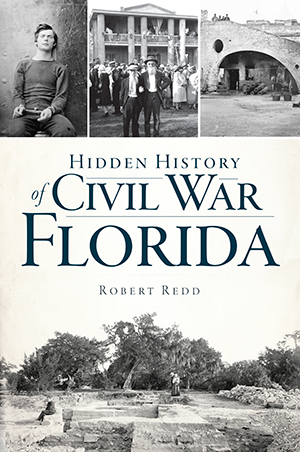 When Florida seceded from the Union in 1861, St. Augustine followed much of the South and widely supported the Confederacy. Many residents rushed to join the Confederate army. Union forces, however, quickly seized the lightly protected town and used it as a rest area for battle-weary troops. Seven Union regiments called the city home during the war. While no major engagement took place in St. Augustine, the city is filled with Civil War history, from supporting the Confederacy to accepting Union generals as respected residents.

Here are links to several reviews and articles.

In 1768, Scottish physician Andrew Turnbull arrived in Florida with more than 1,200 indentured servants. He and his partners dreamed of establishing a plantation settlement that would make them wealthy. Despite some successes, New Smyrna was not the financial windfall they had hoped for, and after only nine years, the settlement failed. Disgruntled workers appealed to East Florida governor Patrick Tonyn, who granted them their freedom. Many of the now free settlers took residence in St. Augustine. In the succeeding years, New Smyrna has seen Civil War skirmishes, the addition of “Beach” to its name, a merger with Coronado Beach, the rise and fall of the rail industry, and a marked increase in local and out-of-state tourism. The “World’s Safest Bathing Beach” is no longer a local secret. 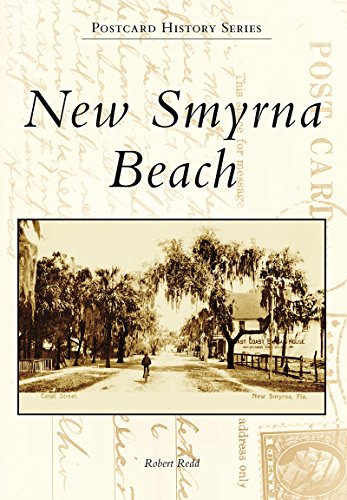 New Smyrna Beach is the third-oldest city in Florida behind only St. Augustine and Pensacola. Originally settled by Dr. Andrew Turnbull in 1768, the city accumulated significant, intriguing and stunning monuments to its past. An unusual-looking memorial to world war heroes–a cross, battle helmet and eagle–sits at Riverside Park. One of the oddest sites is a single-stone cemetery with a vault dedicated to the memory of Charles Dummett. Because of the insects that inhabit Ponce Inlet, a well-known landmark was originally named Mosquito Inlet Lighthouse. Local author and historian Robert Redd guides readers through the iconic historical landmarks of “Florida’s Secret Pearl.” 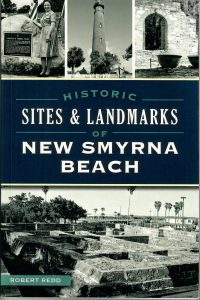 Edge of Armageddon: Florida and the Cuban Missile Crisis

For Floridians, who were on the frontline of the Cuban Missile Crisis of October 1962, tranquility in the face of the possible extermination of much of the world’s population was difficult to maintain. Endless convoys of troops and equipment, often tying up public transportation routes, signaled a crisis that approached that of World War II. Overhead, the flights of jet fighters and bombers reinforced the perception that war was imminent, while the hasty erection of defensive and offensive missile batteries along public thoroughfares and in remote sections of the Florida countryside was a clear indication that the Sunshine State would be the first target should war break out. Even the lukewarm efforts of state and local authorities to provide structures for civil defense added to the sense of impending violence.

I had the privilege of contributing the chapter about the northeast coast of Florida.

To order a signed copy please use the Contact Me page. 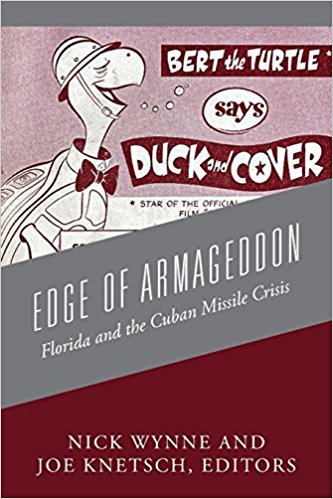 Long before the Speedway was even a glimmer in Bill France Sr.’s eye, racers in Daytona Beach were careening along at the fastest possible clip. Cars were still a novelty in 1903 when Daytona Beach drivers were pushing for land speed records on a track near today’s Granada Avenue beach entrance. A reputation was born here early, drawing racing pioneers like Sara Christian, who famously raced her husband on the combination dirt and paved track in 1949. From the brave forerunners who tore up the hard-packed sand to the modern vehicles blasting away at nearly two hundred miles per hour on Daytona Beach International Speedway, Robert Redd explores the driving tradition that has made Daytona Beach a racing mecca. 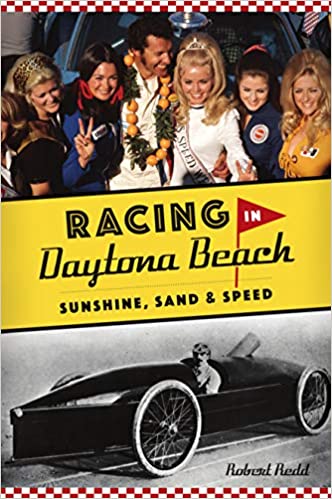