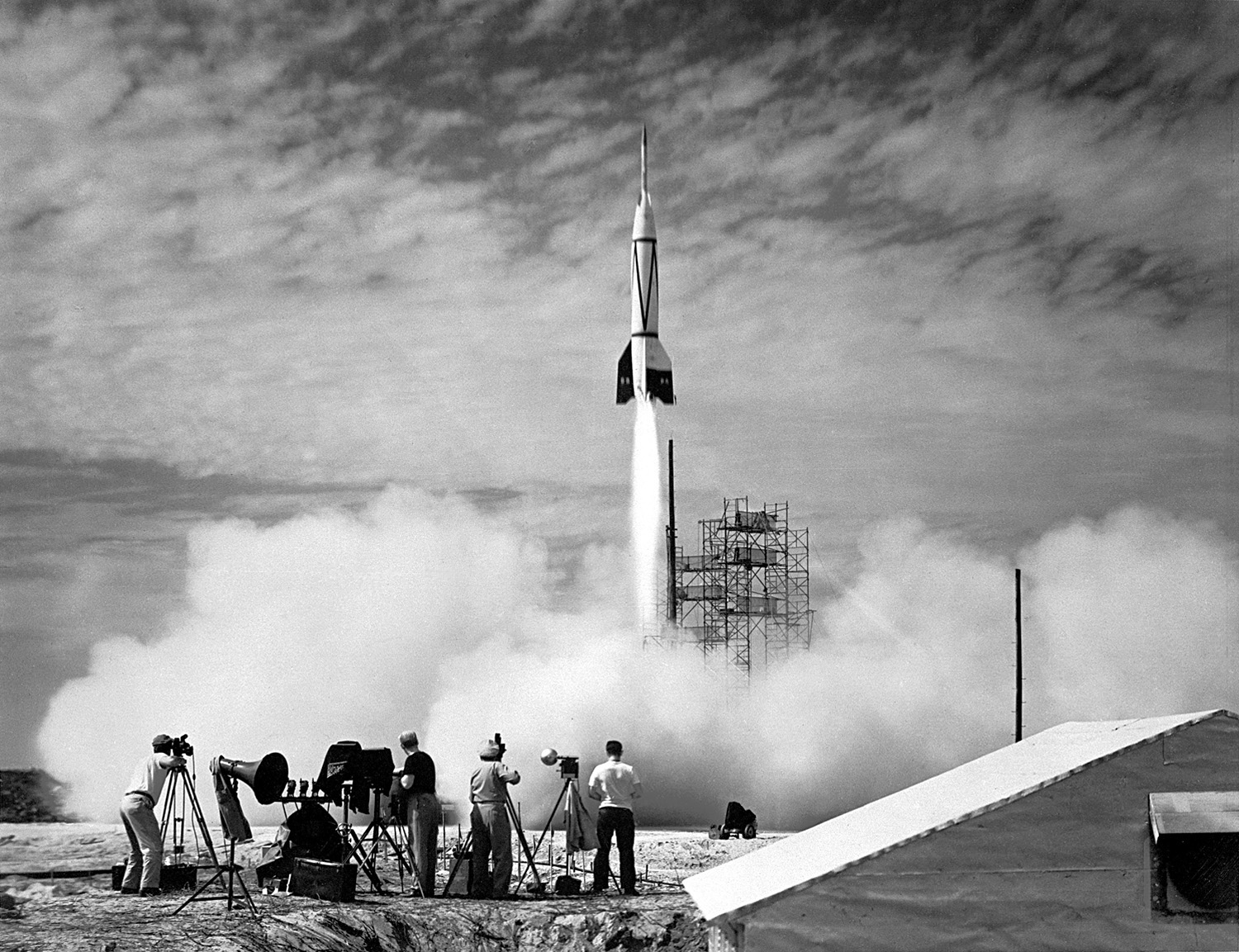 Those of us on the space coast of Florida are back to being spoiled with regular
launches from Cape Canaveral. This is truly a golden era for space exploration. It
was not always this way of course.

The Bumper 8, launched on July 24, 1950 is the first launch to have occurred at Cape Canaveral. Bumper 8 actually launched before Bumper 7. Number 7 was scrubbed on July 19 due to a stuck fuel valve. Bumper 7 was launched successfully on July 29, becoming the second launch from the Cape.

The first Bumper launch occurred on May 13, 1948 with the rocket reaching an altitude of 80 miles and attaining a maximum speed of 2,740 miles per hour. Bumper 5 became the first man-made object to reach space.

Bumper rockets were a melding of German V-2 ballistic missiles and the U.S.
Army Wac Corporal research rocket. The Wac Corporal liquid fueled stage was
mounted on the nose of the V-2.

The Bumper received its name because of the “bump” provided by the large V-2
first stage, a 55,000 pound thrust at liftoff. After the V-2 shut down the Wac
Corporal second stage ignited for the final 45 seconds of the flight.

The Bumper 8 was only 62 feet in length with a rocket diameter of less than six
feet. The finspan was twelve feet. The rocket flew for less than two minutes but
was considered a tremendous success. The multi-stage rockets we are familiar with
today owe their existence to the Bumper program.