On October 20-23, 2022, the National Federation of State Poetry Societies (NFSPS) in cooperation with the Florida State Poets Association (FSPA) and Bethune-Cookman University (BCU) is holding its first annual national championship slam poetry competition in Daytona Beach Shores, Florida. Competitors are expected from across the country and will be limited to 40 of the top spoken word poets.

A Youth Poetry Mini-Festival (under 21 years) will be held as a part of the overall event. Creative Happiness Institute and Bethune-Cookman University will conduct the youth events on behalf of the NFSPS and the FSPA, which will include workshops, a National Youth Poetry Slam, and a National Youth Open Mic.

Are you a poet? You should consider subscribing to Poets & Writers, the primary source of information, support and guidance for creative writers.  Founded in 1970, it is the nation’s largest nonprofit literary organization serving poets and writers.

Our host hotel, the Residence Inn by Marriot Daytona Beach Oceanfront, will be the site of many festival events. Other festival events will take place on and around the campus of Bethune-Cookman University. All room rates at the Residence Inn include free parking, hot breakfast buffet, free coffee/tea bar, Wi-Fi, and unlimited access to the resort pool, spa, and beautiful beach with no resort fees. This event will be held in conjunction with the FSPA annual convention. The competition will take place over 3 days, with preliminary rounds on Thursday and Friday nights culminating in a finals stage of 12 poets and one sacrificial poet on Saturday night.

NFSPS reserves the right to cancel the competition in the event of weather, public health, or any other major problem. Full refund of all registration fees will be paid within 7 days of the cancellation.

There will be two venues hosting 2 bouts apiece the first two nights: an early bout from 6pm to 8pm and a late bout from 8:30pm to 10:30pm. In other words, there will be a total of 4 bouts each of the first two nights. The venues will likely be in the host hotel and on and around the campus of Bethune-Cookman University. 10 poets will compete in each bout. There will be two rounds in each bout, with the order in the first round taking place by random draw and the order in the second round determined by first round finish (high score goes first in second round). There will be five (5) judges scoring each poem on a scale of 1 to 10, utilizing one decimal place to give further nuance to the scores. For example, one poem may score a 9 while a slightly better poem may score a 9.1 or 9.2. All five judges will give a score but for prelim purposes the highest score and the lowest score will be dropped. The remaining three scores will be added to give the poet a score for the round. The scores for each of the two rounds will be added together and the highest cumulative score shall be given a ranking of 1, the next highest a ranking of 2, and so on, with the lowest cumulative score awarded a ranking of 10. After 2 nights of prelims, the 12 highest ranked poets (lowest numbers) will advance to the Finals with the 13th highest poet serving as the sacrificial poet to begin finals rounds. Ties for final stage will be broken by comparing the cumulative scores of the poets in question over both days of prelims. If there is still a tie, the dropped judges scores over the two days will be added back in and the resulting new cumulative scores will be compared. If there is still a tie, there will be either an additional poet added to Finals, or a tie break slam held to determine who advances. Poems may not be repeated in any prelim round, including any tie break round.

Finals will be held on Saturday night on the campus of Bethune-Cookman University in the Mary McLeod Bethune Performing Arts Center. Finals will consist of three rounds. Scores are cumulative. Order in the first round will be by random draw. Order in the second and third round will be determined based on the cumulative scores of the poets, from high score to low score. After the first round, the highest 8 scoring poets progress to the second round. After the second round the top 4 scoring poets advance to the final round. Scores are cumulative. The highest cumulative scoring poets wins. Poems from prelims may be repeated in the Finals.

All Blackberry Peach preliminary rounds will have free admission. Admission to Finals will be ticketed and tickets can be purchased here: https://BBPFinalStage.eventbrite.com

Want to read some of the best new poetry available? Take a look at The Best American Poetry 2022.

For The Best American Poetry 2022guest editor Matthew Zapruder, whose own poems are “for everyone, everywhere…democratic in [their] insights and feelings” (NPR), has selected the seventy-five new poems that represent American poetry today at its most dynamic. Chosen from print and online magazines, from the popular to the little-known, the selection is sure to capture the attention of both Best American Poetry loyalists and newcomers to the series.

Are you a poet looking for outlets for your work? You won’t find a better resource than Poet’s Market.

Want to get your poetry published? There’s no better tool for making it happen than Poet’s Market, which includes hundreds of publishing opportunities specifically for poets, including listings for book and chapbook publishers, print and online poetry publications, contests, and more. These listings include contact information, submission preferences, insider tips on what specific editors want, and–when offered–payment information.

I also strongly recommend a subscription to Writer’s Digest, the leading bi-monthly magazine for writers of all types, including poets. 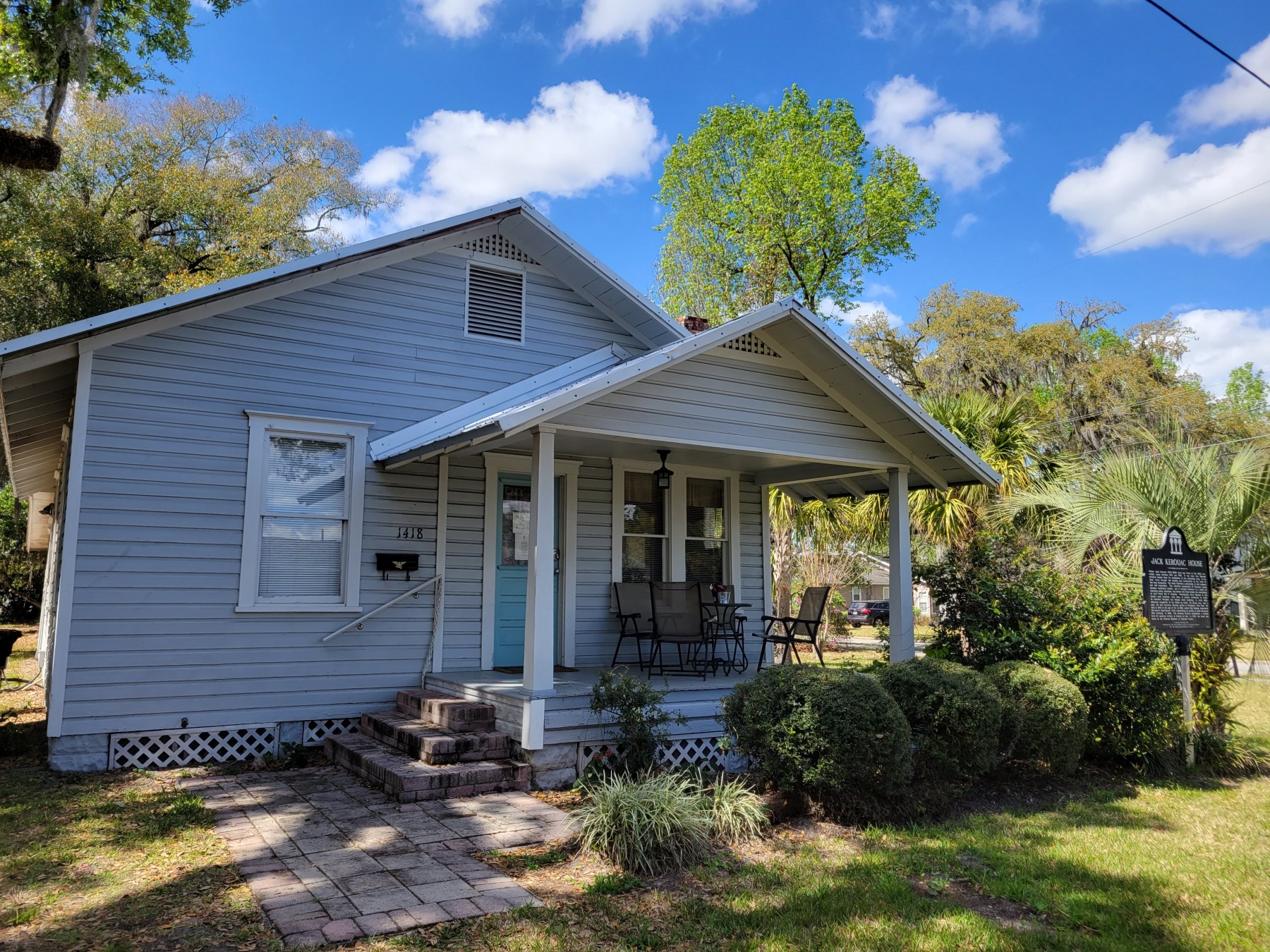 When most people think of the Beat Generation, certain visuals often come to mind.
Unemployed young adults, sitting around a coffee house in San Francisco, smoking away, rambling on self-importantly about books most of main stream America has never read seems to often fit the description. These descriptors are really about beatniks and not a literary movement. For those a bit more acquainted with the Beat Generation, certain names will come immediately to mind; Kerouac, Burroughs, Kesey, Ginsberg, and maybe even Ferlinghetti. Literature titles such as Howl, Naked Lunch, and On the Road are probably the most famous. Despite the passage of nearly seventy years, these books and others of the movement are still in print and widely read today.

In July of 1957, only months before the groundbreaking On the Road would receive tremendous praise in the New York Times, the then 32-year-old Kerouac rented a small apartment for him and his mother. The home did not have air conditioning and the Florida heat was almost too much for Kerouac, who took to writing at night. Today, visitors to the city of Orlando have the opportunity to see the home where Jack Kerouac and his mother lived during 1957, the year that catapulted him to fame.

On the Road by Jack Kerouac

The praise was not to be long, nor universal. The beatnik movement seemed to take over. Musician David Amram believes that the beatnik movement was a manufactured one, arguing Beat writers such as Kerouac were not the goateed, beret wearing, pretentious types. Rather, he described themselves as hicks, not wanting to draw attention to themselves. Author Bob Kealing, a noted Kerouac expert, has put forth that Kerouac himself claimed that those of the Beat Generation “were searching for spiritual truth and meaning beyond the confines of post-World War II life.” This search is what confounded and worried critics.

Meanwhile, in his small Orlando apartment, Kerouac continued typing away on his follow-up, to
be titled Dharma Bums. In a rapid fire twelve days of output, Kerouac finished the novel on
December 7, 1957, Pearl Harbor Day. Kealing reminds us that to Kerouac, the term “dharma”
meant truth.

In April 1958, Jack and his mother packed into a station wagon owned by Robert Frank and
made off for Long Island, New York. Dharma Bums was published in October of that year.
Fame was not something Kerouac was ever comfortable with, nor does it seem that he sought it
out. Kerouac was to become too familiar with the bottom of a bottle, and on October 21, 1969, at
age 47, he died a painful death from cirrhosis of the liver. His remains were transported to
Lowell, Massachusetts, where he was buried at Edson Cemetery.

Listed today on the National Register of Historic Places, the future of the Orlando, Florida Kerouac House was not always assured. Once it was determined that this location was the residence of Kerouac during a critical time in the author’s life, efforts began in order to purchase and rehabilitate the house. Led by Kealing, former bookstore owners Marty and Jan Cummins, and others, they founded the not-for-profit Kerouac Project of Orlando. With the generous financial support of Jeffrey Cole and Cole National, they were able to purchase and rehabilitate the house. Today, the Project provides several writer in residence opportunities each year, allowing the visiting author to live and work in the home made famous by Jack Kerouac.

The home is not open to the public. Those wishing to see the house may drive by and briefly stop to take it in. There is not public parking available and this is a residential area so please be mindful of those who live in the area and if you are taking photos be on the watch for traffic. A state of Florida historical marker is on-site. The text reads

Writer Jack Kerouac (1922-1969) lived and wrote in this 1920s tin-roofed house between 1957 and 1958. It was here that Kerouac received instant fame for publication of his bestselling book, On the Road, which brought him acclaim and controversy as the voice of The Beat Generation. The Beats followed a philosophy of self-reliance and self-expression. The unedited spontaneity of Kerouac’s prose shocked traditional writers, yet it brought attention to a legion of emerging poets, musicians, and artists who lived outside the conventions of post-World War II America. Photographs show Kerouac in the house’s back bedroom, with piles of pocket notebooks in which he scrawled thoughts and dreams while traveling. In April 1958, following completion of his follow-up novel, The Dharma Bums, and a play, the Beat Generation, Kerouac moved to Northport, New York. He died in 1969 at the age of 47. In 1996, author Bob Kealing discovered the house’s significance while researching an article to mark Kerouac’s 75th birthday. In 1998, The Kerouac Project established a retreat here for aspiring writers in tribute to him. In 2013, the house was listed on the National Register of Historic Places.

To learn more about Jack Kerouac and his time in Florida, readers should find a copy of Bob Kealing’s excellent book, Kerouac in Florida.