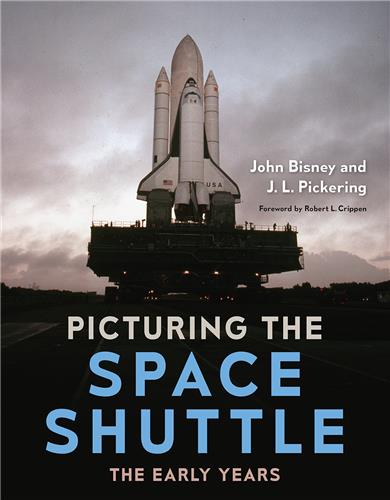 The University Press of Florida has released their Fall 2021 catalog and there are some titles that history
enthusiasts should take note of. I have not posted all the interesting titles, allowing you to make
discoveries on your own. This cycle is heavy on archaeology. As always with academic press books, the
hardcover prices can be quite steep. Watch their website for promotions and check Amazon and others
for price discounts.

Showcasing over 450 unpublished and lesser-known images, this book traces the growth of the Space Shuttle from 1965 to 1982, from initial concept through its first four space flights. The photographs offer windows into designing the first reusable space vehicle as well as the construction and testing of the prototype shuttle Enterprise. They also show the factory assembly and delivery of the Space Shuttle Columbia, preparations at the major NASA field centers, and astronaut selection and training. Finally, the book devotes a chapter to each of the first four orbital missions, STS-1 through STS-4, providing an abundance of seldom-seen photos for each flight.

Excavated from a waterlogged archaeological site on the shores of subtropical Florida by legendary anthropologist Frank Hamilton Cushing in 1896, the Key Marco Cat has become a modern icon of heritage, history, and local identity. This book takes readers into the deep past of the artifact and the Native American society in which it was created.

This volume presents new data and interpretations from research at Florida’s Spanish missions, outposts established in the sixteenth and seventeenth centuries to strengthen the colonizing empire and convert Indigenous groups to Christianity. In these chapters, archaeologists, historians, and ethnomusicologists draw on the past thirty years of work at sites from St. Augustine to the panhandle.

Highlighting the long unacknowledged role of a group of pioneering professional women, The Public Health Nurses of Jim Crow Florida tells the story of healthcare workers who battled racism in a state where white supremacy formed the bedrock of society. They aimed to serve those people out of reach of modern medical care.

Queering the Redneck Riviera recovers the forgotten and erased history of gay men and lesbians in North Florida, a region often overlooked in the story of the LGBTQ experience in the United States. Jerry Watkins reveals both the challenges these men and women faced in the years following World War II and the essential role they played in making the Emerald Coast a major tourist destination.

Fort St. Joseph Revealed is the first synthesis of archaeological and documentary data on one of the most important French colonial outposts in the western Great Lakes region. Located in what is now Michigan, Fort St. Joseph was home to a flourishing fur trade society from the 1680s to 1781. Material evidence of the site—lost for centuries—was discovered in 1998 by volume editor Michael Nassaney and his colleagues, who summarize their extensive excavations at the fort and surrounding areas in these essays.