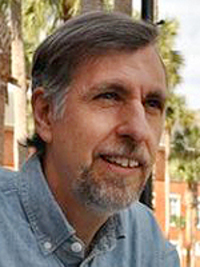 Professor Paul J. Croce has been a mainstay in the History and American Studies departments at Stetson University for over thirty years. To say that he has positively impacted the lives of thousands of students would not be an understatement. I am one of those students.

When I was a student, Dr. Croce taught several of the courses I took. Recently, he and I had the opportunity to reconnect and now may have a chance to do a bit of collaboration in the future. I jokingly reminded him I may have been his poorest student ever. He was quick to say it wasn’t necessarily that. He said he remembers seeing I had the interest and potential but that I wasn’t engaged. There was something else going on at the time.

Dr. Croce made the point that education and teaching are the long-range game. Results are not always immediate, and just like in my case, the results may show years down the road and that is part of what is so rewarding about being a professor. For students attending Stetson University, I can strongly recommend carving out a time to take one of Dr. Croce’s courses. You will learn a lot and appreciate the time you spent in his classroom. I remember him as being a caring and concerned instructor. He wanted you to succeed but yet made you think and examine issues for your self. He always had time for students as well.

Dr. Croce is one of the leading scholars on William James, the founder of American psychology and pragmatism. James’ twelve-hundred-page masterwork, The Principles of Psychology (1890), is a rich blend of physiology, psychology, philosophy, and personal reflection that has given us such ideas as “the stream of thought” and the baby’s impression of the world “as one great blooming, buzzing confusion” (PP 462).

Dr. Croce received his B.A. degree from Georgetown University and his Ph.D. from Brown University. He began his career at Stetson University in 1988. He was the 1998-1999 and 2010-2011 recipient of the Hand Award for Research, Creative, and Professional Activity at Stetson. He is a past President of the William James Society and currently serves as a Fellow for the organization. You can learn more about Dr. Croce at his website, Pub Classroom. This site is an interactive effort. As Dr. Croce states, he wants to hear from you. He goes by the mantra made famous by the beautiful Pat Benatar, “Hit Me with Your Best Shot.”

As mentioned, Dr. Croce is a scholar of William James and has published extensively on James. I recommend reviewing Croce’s Google Scholar page to review the impressive list of journal articles he has penned. His full-length works are referenced below.

In this cultural biography, Paul Croce investigates the contexts surrounding the early intellectual development of American philosopher William James (1842-1910). Croce places the young James at the center of key scientific and religious debates in American intellectual life between the 1820s and 1870s. Early in the nineteenth century, most Americans maintained their scientific and religious beliefs with certainty. Well before the end of the century, however, science and religion had parted company, and, despite the endurance of religious convictions and widespread confidence in science, professionals in both fields expressed belief in terms of hypotheses and probabilities rather than absolutes. Croce highlights the essential issues debated during this shift by investigating the education of James and the circle of intellectuals of which he was part. In particular, the implicit probabilism of Charles Darwin’s theory of natural selection, especially as interpreted by Charles Sanders Peirce’s recognition of the fallibility of knowledge, set the stage for James’s reconstruction of belief based on uncertainty.

By going to the sources, Paul J. Croce’s cultural biography challenges the conventional contrast commentators have drawn between James’s youthful troubles and his mature achievements. Inverting James’s reputation for inconsistency, Croce shows how he integrated his interests and his struggles into sophisticated thought. His ambivalence became the motivating core of his philosophizing, the heart of his enduring legacy. Readers can follow James in science classes and in personal “speculations,” studying medicine and exploring both mainstream and sectarian practices, in museums reflecting on the fate of humanity since ancient times, in love and with heart broken, and in periodic crises of confidence that sometimes even spurred thoughts of suicide.

To keep up on all aspects of modern psychology, I recommend a subscription to Psychology Today. Psychology Today Magazine unveils the latest discoveries in psychological research and helps you apply the results to your own life. 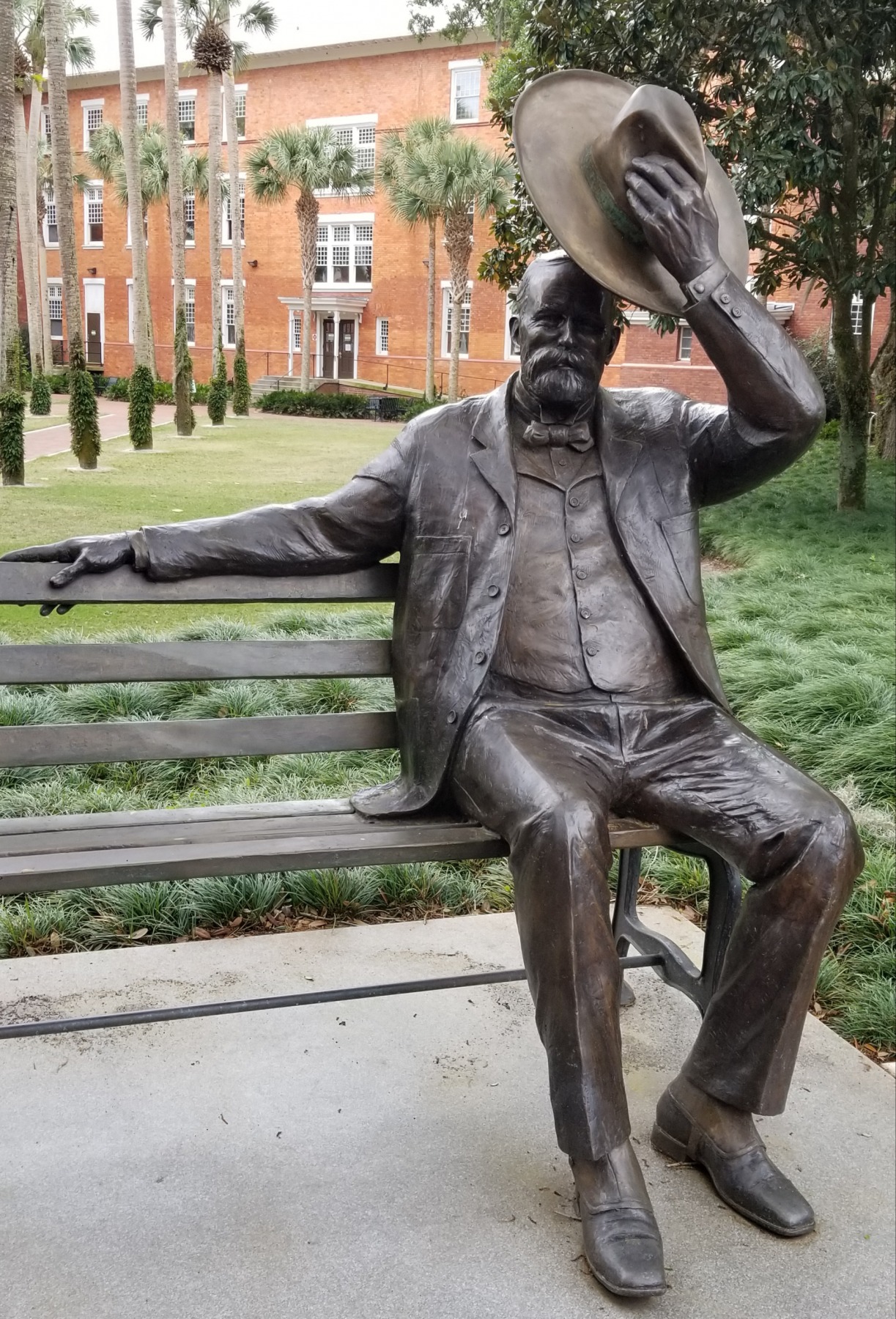 Tourists and locals alike love to walk the beautiful tree lined campus of Stetson University. From
beautiful architecture, to a fine art museum, sports fields, and an amazing library, the campus is filled
with opportunities to explore.

The school, founded in 1883 and then known as the DeLand Academy,
opened using a lecture room at First Baptist Church as its first classroom. The next year DeLand Hall
opened. This building cost $4,000 and is now the oldest continuous academic use building in Florida.

In 1885 the DeLand Academy was renamed DeLand College and John F. Forbes was named college president. Under Forbes leadership, the college grew from less than 100 students to almost 300. He also oversaw a construction boom as Stetson Hall, Chaudoin Hall, Elizabeth Hall, Flagler Hall and the residence of the president were built.

Early on the school caught the attention of winter resident John B. Stetson. Stetson was a hat maker, following in the footsteps of his father Stephen. Having lived with cowboys on a western trip, Stetson returned to Philadelphia where he designed the “cowboy hat” and started his path to wealth and fame.

Stetson’s affiliation with the school started after Forbes began a conversation with the hat maker after it was learned Stetson had purchased land in the small town. Mr. Stetson was to eventually donate $3,500 toward the construction of what would become known as “Stetson Hall.”

Mr. Stetson continued to grow his influence on the school, being elected to the Board of Trustees in
1887 and President of the Board in 1889. The school was renamed in his honor that same year, John B.
Stetson University. The name was shortened to the familiar Stetson University in 1951.

Mr. Stetson would continue to live part of the year in DeLand at his mansion, now known as the Stetson Mansion, until passing away there in 1906. Stetson is buried in a mausoleum in West Laurel Hill Cemetery, in Bala Cynwyd, Pennsylvania. An online memorial to Stetson may be found here. To the best
of my knowledge, there is no full-length biography on Mr. Stetson.

Fast forward about 100 years to a goal of then president Wendy Libby. Dr. Libby wanted to commemorate the university benefactor with a life size sculpture for all to see. This goal began to take shape with the financial support of Troy Templeton and his wife Sissy. World-renowned sculptor Erik Blome was selected to create the showpiece.

Blome is well known for his high profile, larger than life sculptures. Some of his more famous works
include the Chicago Blackhawks 75th anniversary sculpture outside the United Center, the 9/11
monument in Oak Lawn, Illinois, the Martin Luther King, Jr. statue in Milwaukee, and Rosa Parks in both
Montgomery, AL and Dallas, TX.

The first aim was to determine what the sculpture would look like. Drawings showing many different possible poses were created before the idea of a seated Stetson, doffing his hat, was agreed upon. Said Blome, “I went with that because it’s a really warm and welcoming kind of thing.” Libby and Templetons agreed.

In creating sculptures such as this, the subject is often created in a larger than life size. The goal Blome said is to make the subject “feel bigger and more powerful and more interesting” because often times “they sometimes look too diminutive.” The problem was nobody knew how tall Mr. Stetson was. Sue Ryan, the Betty Drees Johnson Dean of Library and Learning Technologies, along with Blome began to  unravel the mystery. Using a group photo that included the hat maker, along with the height of several descendants, they estimated Mr. Stetson to have been six feet tall.

Ultimately, the John B. Stetson sculpture was created at 130 percent of actual height meaning if Stetson were standing, he would be roughly seven and a half feet tall. The final sculpture, including the bronze bench, weigh in at an impressive 1,600 pounds and were installed along Palm Court, near Elizabeth Hall, with the use of a forklift in August 2019 and a formal dedication was held over Friends and Family Weekend in October 2019.

Today, visitors can share a seat with the university’s namesake, take a selfie or two, and share their encounter with the world’s most famous hat maker.

Have you visited the sculpture and taken a selfie with Stetson? If so, share your image in the comments. We’d love to see it.