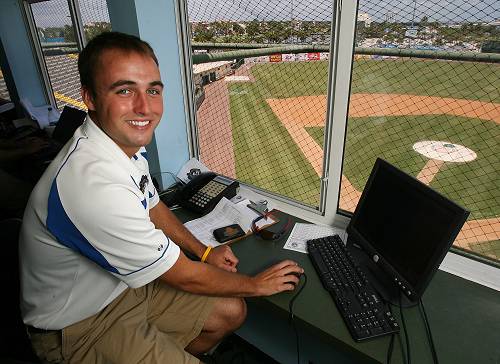 Every professional baseball player is going to have a run in with an umpire at some point. Umpires are human and are going to make bad calls. Calling balls and strikes at 95+ miles per hour is subjective no matter what the official baseball rule book might say. Bang-bang plays at a base can be just as difficult as an umpire may be partially shielded and at times, they just make a bad call. Modern replay and the challenge system are helping to lessen the impact of these calls but in years past, player or manager confrontations with umpires were more commonplace.

Usually not a lot comes of it. The player may argue for a bit while walking away. When a call appears to be particularly egregious the manager may come bolting out of the dugout. Usually, he already knows he is going to get tossed but these actions are not meant to change calls but to support and fire up his team and their fans.

Some managers have been known for their tantrums. Bobby Cox holds the all-time record for most ejections with a whopping 162, equal to the number of games played in a complete season. Others well known for arguing calls and being ejected are Tony La Russa, Lou Pinella, and Bruce Bochy.

You can review career ejection numbers on this page.

Watch as Pirates manager Lloyd McClendon gets ejected in this classic clip.

For players, coaches, and umpires, life in the minor leagues can be a drag with long bus rides, low pay, and the reality that very few of them will ever make it to the majors. Umpires have an approximately three percent chance of making it to the “show.” It’s a dream though that dozens chase every year. In fact, Daytona Beach is home to one of the most famous umpiring schools; the Wendelstedt Umpire School.

Want to know more about what it is like to be a Major League umpire? Read Called Out but Safe: A Baseball Umpire’s Journey.

If an umpire could steal the show in a Major League game, Al Clark might well have been the one to do it. Tough but fair, in his thirty years as a professional umpire he took on some of baseball’s great umpire baiters, such as Earl Weaver, Billy Martin, and Dick Williams, while ejecting any number of the game’s elite—once tearing a hamstring in the process. He was the first Jewish umpire in American League history, and probably the first to eject his own father from the officials’ dressing room. But whatever Clark was doing—officiating at Nolan Ryan’s three hundredth win, Cal Ripken’s record breaker, or the “earthquake” World Series of 1989, or braving a labor dispute, an anti-Semitic tirade by a Cy Young Award winner, or a legal imbroglio—it makes for a good story. Click the link or the photo to order your own copy.

For fans, these minor league games can be quite entertaining. Teams run fun promotions, there’s a chance to see legitimate major leaguers on a rehab assignment, and prices are usually very reasonable, especially in comparison to major league prices.

Fans at Jackie Robinson Ballpark were treated to some unexpected entertainment on August 1, 2012. That night during a close game between the home team Daytona Cubs and visiting Fort Myers Miracle in a Florida State League game, fans witnessed an ejection that could not have been predicted.

Jackie Robinson broke the color barrier playing a spring training game for the Brooklyn Dodgers at what was then City Island Ballpark. Robinson and others players excelled in the Negro Leagues for years before being given the opportunity to prove their skills in Major League Baseball. Learn more about this time of segregated baseball I recommend reading Voices from the Great Black Baseball Leagues: Revised Edition. Click the link or the photo to get your own copy of this book.

With the game hanging in the balance during the top of the eighth inning, Miracle batter Andy Leer grounded a pitch to Cubs shortstop Tim Saunders, who threw low to first base. Field umpire Ramon Hernandez ruled that first baseman Taylor Davis bobbled the throw and called Leer safe.

Seated in the press box was twenty-one-year-old intern Derek Dye, who attempted to poke some home-team humor at the umpires and over the public address system played the children’s song “Three Blind Mice.”

Seneca was in no mood for humor and turned to the press box, picked out the culprit, and yelled out, “You’re gone,” motioning the ejection. Seneca took his ire even further, silencing the sound system for the remainder of the game. That’s right. No announcing of batters, no music, no between innings sound system.

At first there was a bit of confusion. Those in the press box through that Harper had been ejected despite not vociferously arguing. They quickly realized it was University of Illinois senior, intern, Dye that had been given the boot.

The small crowd of less than 1,000 reacted as would be expected, showering the umpiring crew (all two of them) with boos. Cubs staff was quick to improvise however and a staffer in the grandstand took to shouting the names of each batter in turn. The tired crowd played along clapping and stomping their feet, showing support for their beloved Cubs.

When the final batter struck out in the top of the ninth inning, the Cubs were 2-1 winners over the Miracle and fans left Jackie Robinson Ballpark with a story that almost had to be seen to be believed.

The Cubs and Miracle took to the field the next evening with the same umpiring crew. Intern Derek Dye was not in the press box however. Feeling lighter in the wallet thanks to a $25 fine from the Florida State League, Dye was handing out wristbands, helping identify fans as being 21 years or older in order to participate in the “Thirsty Thursday” promotion that evening.

Dye, and some fans in attendance, questioned the authority of Seneca to eject a non-participant in the game. Dye was quoted afterward, “I couldn’t believe it. I didn’t think the umpire had that sort of jurisdiction. I haven’t seen the flow chart of who has what power.”

While Dye may have questioned Seneca’s judgement, it appears that the umpire was well within his authority, and was not the first to do such. In an article in Bleacher Report they cited three rules Seneca invoked.

Rule 4.06(a)—participants should not incite or try to incite a demonstration by spectators

Rule 9.01 (b)—umpires have the duty to order a player, and others, to do or refrain from doing anything that impacts the administration of these rules and to enforce penalties

Rule 9.01(c)—umpires have authority to rule on any point not specifically covered in these rules

So, while Seneca may have seemed thin-skinned and quick on the trigger, Dye’s actions were considered worthy of ejection by the league who handed down the token fine. For Dye, he received an immediate, if short lived, burst of fame. It was reported that interview requests were submitted by ESPN and the “Good Morning America” show and the young intern signed several autographs for knowing fans.

Neither Mario Seneca or Ramon Hernandez was able to beat the odds. Neither umpired in the major leagues.

Every serious baseball fan should subscribe to Baseball Digest, the leader in professional baseball coverage for 80 years. Click the link or the image below for exclusive savings